Updates on our progress with RS3 Inuvation, a new walker, and other various improvements.

Over a year after opening up to the public, so much has changed since launch and we are very excited to see how things continue to go.

We are working our hardest to make sure RSPeer is the premier #1 Runescape botting client on the planet.

Below is a little sneak peek at what you can expect in the near future.

Inuvation progress continues steadily. Right now we are focused on beta testing and making sure we have enough scripts, before we release to the public.

The initial release date is a little delayed, we are expecting it to be ready for the public by the second week of August 2019.

I appreciate everyone’s support and patience in waiting for this. 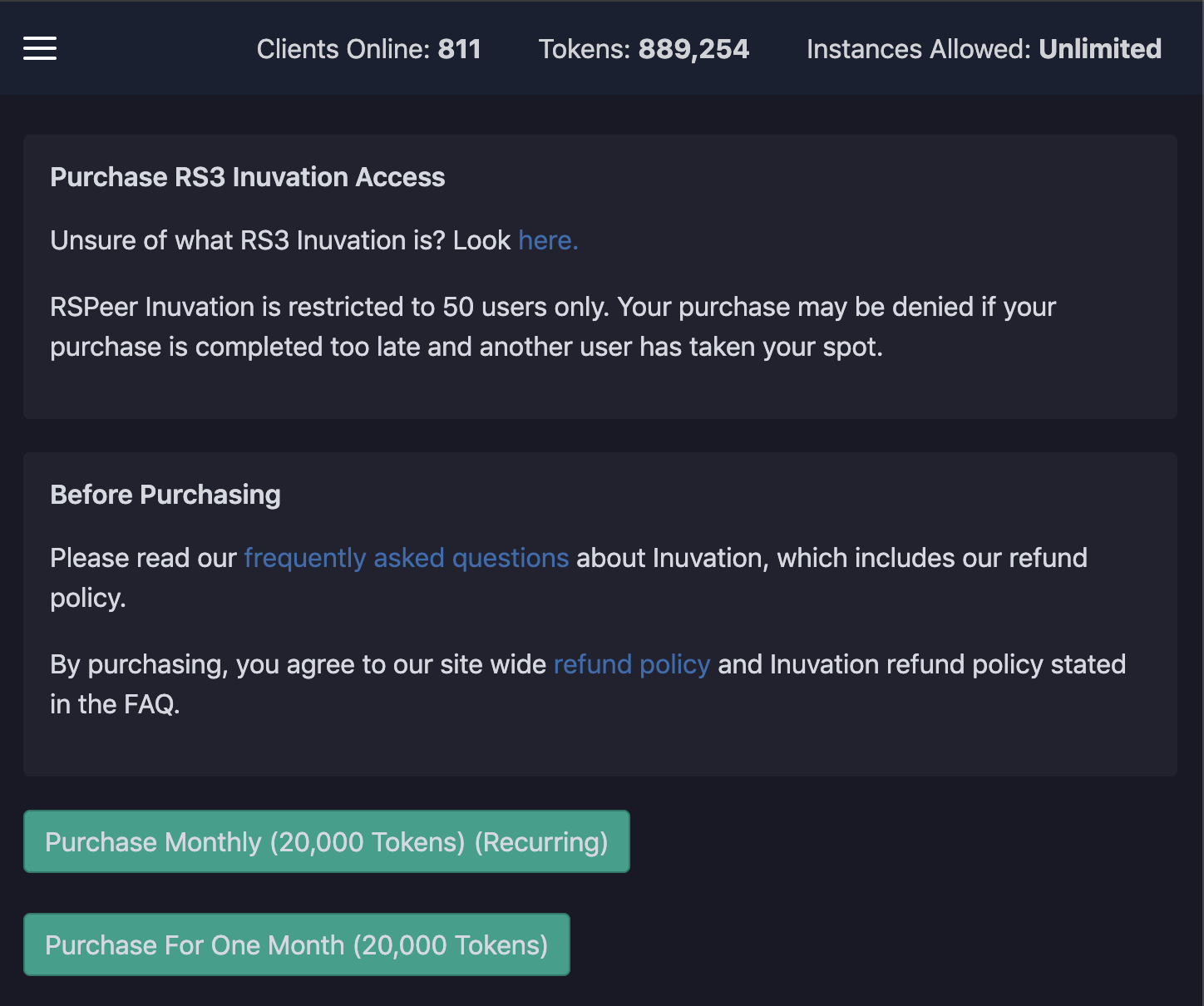 Unfortunately Zach is the only one that has access to this walker and its data and since Zach is not apart of the RSPeer team anymore, the walker has not been able to be updated.

The developers have decided it would be best if we developed our own in house walker that we could fully manage and keep updated as quickly as possible.

As of now, the walker is being alpha tested between a few select individuals and we plan to release it in one of the next EAP’s. The new walker will be enabled by default, but we will have toggles for you to switch back to the Acuity walker if desired.

In conjunction with the analysis of our data gathered from banned accounts, we have implemented a system where we do weekly ban testing between a few select individuals.

I cannot go into too much detail about the testing, but we are testing actions in relation to walking, interaction, and other various things.

As of now, results are looking solid. We have been successful in keeping a few F2P accounts alive for over a week (running 24⁄7).

Once we have some solid evidence from these tests, a more detailed statement will be released.

Another small feature that we are implementing is Discord notifications. If you verify your discord account, you will be opt in to receive alerts when your instance, script, or RS3 Inuvation subscriptions are about to expire. As of now, it will alert you 2 days prior to expiration so that you have time to renew.

The following updates included with the EAP are also being worked on and enhanced.

A new launcher has been released that should be a lot more user friendly with Bot Management Panel integration. https://forums.rspeer.org/topic/1245/rspeer-launcher-beta-testing

I appreciate everyones support and glad to see you guys enjoying RSPeer. Even though it is very challenging work to do on top of having full time jobs, we really love the idea of being able to build the best botting client that the Runescape community has ever seen.